From 13 to 15 November 2014, the Elabuga Institute of Kazan’ Federal University (KFU) hosted an international conference entitled: “Environmental History in Russia: Stages of Development and Promising Research Directions.” Environmental history, which is a fairly new direction in Russian historiography, analyzes the interrelationship between humans and nature over the preceding historical periods. The conference was organized by KFU with support from the European Society for Environmental History. As a result of the growing interest in academic circles in the theme of the conference, it attracted a wide range of specialists from France, Germany, Great Britain, Ukraine and the USA as well as a number of Russian cities: Moscow, St Petersburg, Novosibirsk, Surgut and others. The keynote speakers were David Moon, a professor of history at the University of York in Great Britain and the leader of an international network on Russian environmental history, and Stephen Brain, a professor in the History Dept at Mississippi State University in the USA.

An important event on the first day of the conference was a presentation on the journal Environment and History, with the support of the publisher White Horse Press, by David Moon. Professor Moon, who is a member of the journal’s editorial board, invited Russian scholars to participate with the journal. He noted that one of the main requirements for publication in the journal is the location of the research in a global context, but that this did not exclude work based on material from Russia’s regions. Cooperation with leading international publications, moreover, is an important stimulus for research on the environmental history of Russian regions to appear at international level. 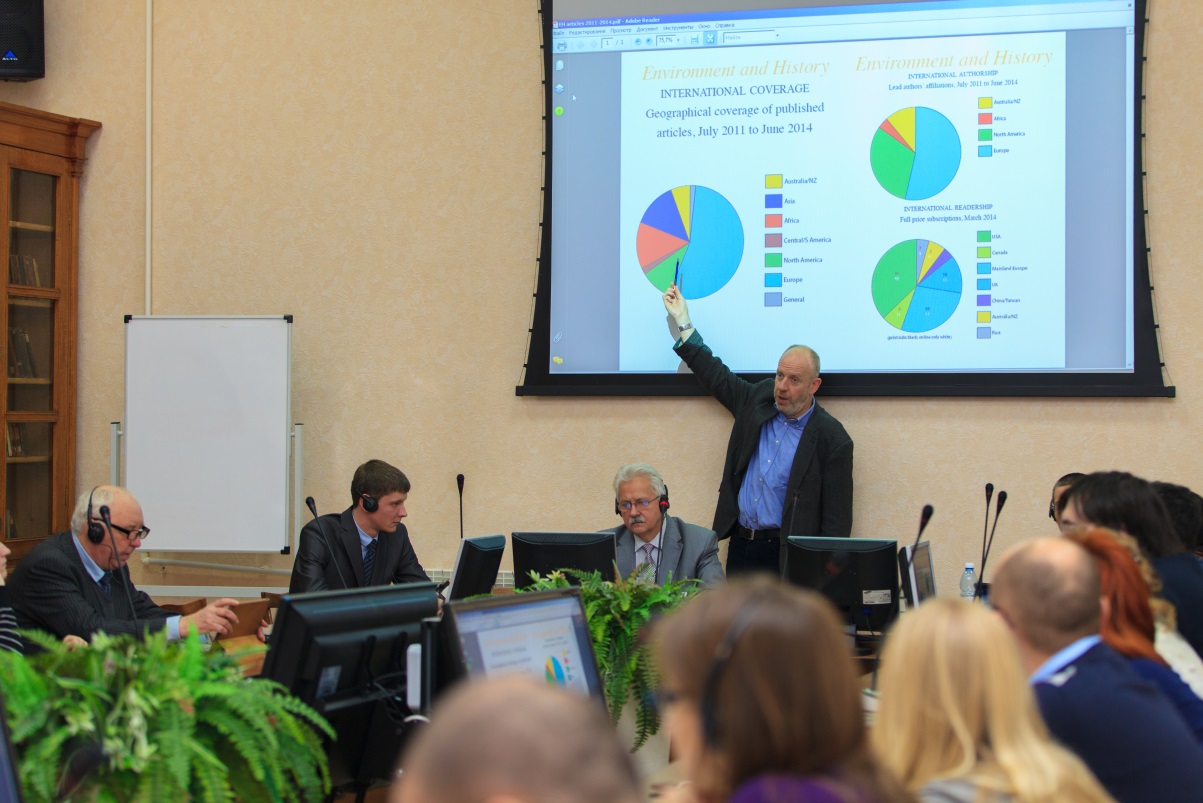 Presentation on the journal ‘Environment & History’ by David Moon

The main day of the conference was 14 November, which began with the plenary session. In her welcoming address, the Director of the Elabuga Institute of KFU, Elena Merzon, noted that environmental history is a topical and dynamically developing direction of research to which KFU, and in particular the Elabuga Institute, is ready to give full support. To achieve this, as the Director informed her colleagues, the Elabuga Institute has founded a Centre for Environmental History. The next speaker was Professor Aidar Kalimullin, who was the founder of the environmental history school of research at KFU. In his opinion, it is entirely natural that the history of the development of technology, industry and resource use occupies a leading position in Russian research in environmental history: the seemingly inexhaustible supply of natural resources in Russia has led to the evolution of a ‘national tradition of a consumer attitude to nature’. On the other hand, the Russian view of its own environmental history is not only more specific, but also more profound than this traditional attitude, even though the research of foreign scholars undoubtedly remains a point of reference for Russian environmental historians. Professor Stephen Brain partly agreed with this in his lecture: Russian environmental history in the 21st century, above all, gives Russians the opportunity to address the past questions about what has been done to Russia by Russia and its role in the global community. 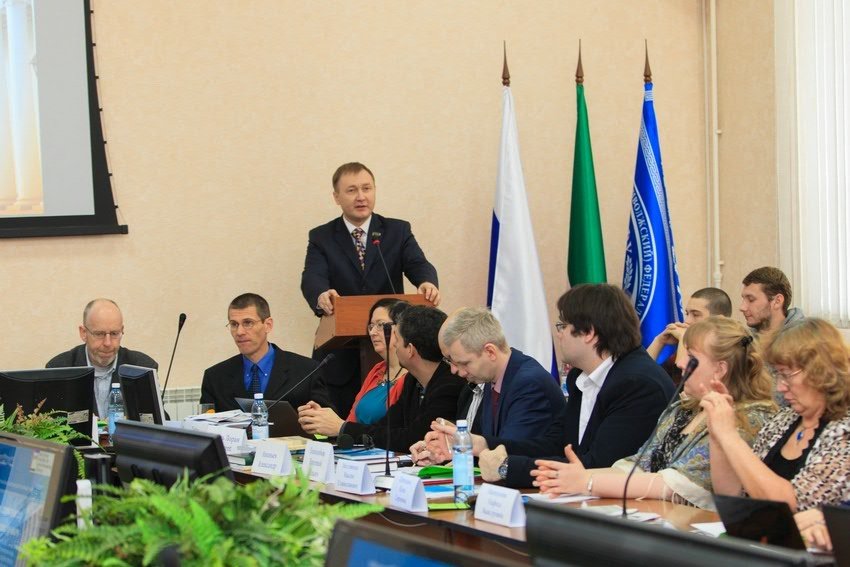 The further work of the conference consisted of four sections devoted to various periods of Russian history. The first of these was very important and included papers by Professor Stephen Brain, scholars from Surgut Pedagogical University and Kazan’ Federal University, and also participants in the international research project on the ‘Contemporary environmental history of the Soviet Union and the successor states, 1970-2000: Ecological globalization and regional dynamics’ (EcoGlobReg). Several of the papers considered the environmental history of the USSR from various perspectives. If the papers by Professors Nafisa Mingazova (Kazan’ University) and Stephen Brain were devoted, amongst other issues, to successes in nature protection in the Soviet period, then Aleksander Ananyev and Laurent Coumel (EcoGlobReg), Maksim Mostovenko and Yulia Prikhod’ko (Surgut Pedagogical University) showed that ecological crises had a marked impact on the socio-political and socio-economic development of the Soviet Union.

In the section devoted to methodological principles of environmental history and its emergence in Russian scholarship, the contribution of Professor Valerii Durnovtsev (Russian State Humanitarian University, Moscow) must be noted. He raised the issue of ‘pre-environmental’ history. The most important environmental-historical problems began to attract the attention of researchers in the second half of the twentieth century, in the period when environmental problems were worsening, however, it would be incorrect ‘to deprive environmental history of its origins, its sources, its childhood’ and to imply that the origins of Russian environmental history came exclusively from abroad.

On 15 November, after the end of the sections, participants noted their conclusions from the conference. In the words of Aidar Kalumullin, it was important that the event had made a contribution to the development of a professional community of Russian environmental historians. The importance of this work was noted by David Moon, who also emphasized that it was important that Russian colleagues published the results of their research in foreign publications in order to bring their work to wider, international, attention and to contribute to the wider historiography. Stephen Brain also called for Russian environmental history to broaden the focus of its research, paying attention to the fact that foreign researchers have not yet taken on board the full breadth and diversity of this area of research. Vice President of the European Society for Environmental History, Julia Lajus, summed up the work of the conference with the words of John McNeill, that environmental history is ‘many things for many people’. The majority of young and established scholars from various branches of knowledge can find in environmental history areas of research that are of interest to them, which bodes well for the further development of the discipline in Russia.